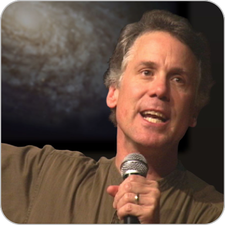 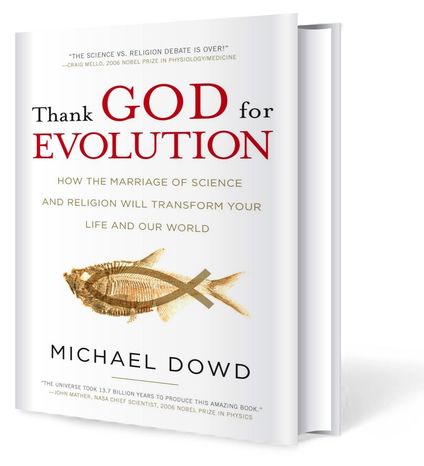 This program, geared for adults and teens, builds on Rev. Dowd’s two TEDx talks and material in his bridge-building book, Thank God for Evolution: How the Marriage of Science and Religion Will Transform Your Life and Our World, which was endorsed by 6 Nobel Prize-winning scientists, noted skeptics, and by religious leaders across the spectrum.

DESCRIPTION: We each have experienced times of trouble that threaten to overwhelm our individual lives. In such times, a vision of possibility is essential. The same holds for the punctuations in history when whole societies face troubles of an immense and uncharted variety. Truly, we here and now have arrived at such a time. Humans, unwittingly, have become a planetary force. We are changing, irreversibly, the very climate of our world. Henceforth, any actions we take as individuals and societies will be done in the new light of climate change. What vision will carry us forward through such times and inspire us to work together? How shall we frame the need to shed our business-as-usual outlook on life and take on a new vision of possibility that can unite us as a species in joyful self-sacrifice and service? What vision will charge us with a sense of heroic purpose that the future is, indeed, calling us to greatness?

FURTHER INFO: Science and religion are not enemies; indeed, they must work together if humanity is to survive the 21st century. Given our impact on Earth’s climate, the seas, and other species, humanity is about to experience what could be called The Great Reckoning. The good news is that this will also be The Great Homecoming: the prodigal species coming home to Reality. This presentation will focus on 6 points of agreement held in common by tens of millions of religious and non-religious people across the globe — and how to stay deeply inspired in the face of changing climate and other large-scale challenges.

Rev. Michael Dowd is bestselling eco-theologian and pro-science prophetic voice whose work has been featured in The New York Times, LA Times, Wall Street Journal, Washington Post, Newsweek, Discover, and on television nationally. Michael and his science writer / evolutionary educator wife, Connie Barlow, have spoken to more than 2,000 groups throughout North America since 2002,
including some 500 UU churches. Their work has been featured on the cover of the UU WORLD twice, in 1997 and again in 2006.
Michael has delivered two TEDx talks and a program at the United Nations. He has also conducted an acclaimed online conversation series: “The Future Is Calling Us to Greatness. At the 2016 General Assembly, Michael and Connie were honored as “UU Religious Humanists of the Year”.