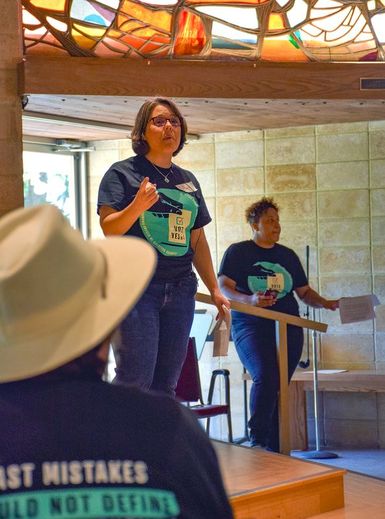 Rev. Susan Frederick-Gray
On Saturday, October 20th, we hosted a day of support for Amendment 4, the Voting Restoration Amendment, in coordination with the Second Chances Campaign and the Unitarian Universalist Association (UUA), our national affiliation. Amendment 4 restores voting rights to most of those felons upon completion of their full sentence and probation.

Our minister, Rev. Roger Fritts, began the meeting with a PBS report (see below) about Amendment 4 which featured local resident Demetrius Jifunza.  Next, Rev. Susan Frederick-Gray, President of our Unitarian Universalist Association, spoke about the connection between the day's activities and our basic principles of fairness, equality and the democratic process. This was followed by training for door-to-door get-out-the-vote canvassing on Amendment 4, restoration of voting rights to felons who have served their terms. Representatives from the Second Chances Campaign did the training. After the training, participants went door to door in the community asking people to vote yes on 4. It was estimated that more than 100 people were in attendance, including members from the Manatee and Venice congregations. Demetrius Jifunza, the focus of the PBS video, was also in attendance and said a few words of encouragement. Ben & Jerry's Ice Cream truck provided free ice cream for all attendees.

People from the UUA, Second Chance and ACLU organizers all thought it was very successful. It is estimated that we covered over 800 doors and had over 200 people who support passage of Amendment 4. Thank you to all those who participated. Pictures and video from the day's events follow:. Most of the photos are by Dale Anderson. 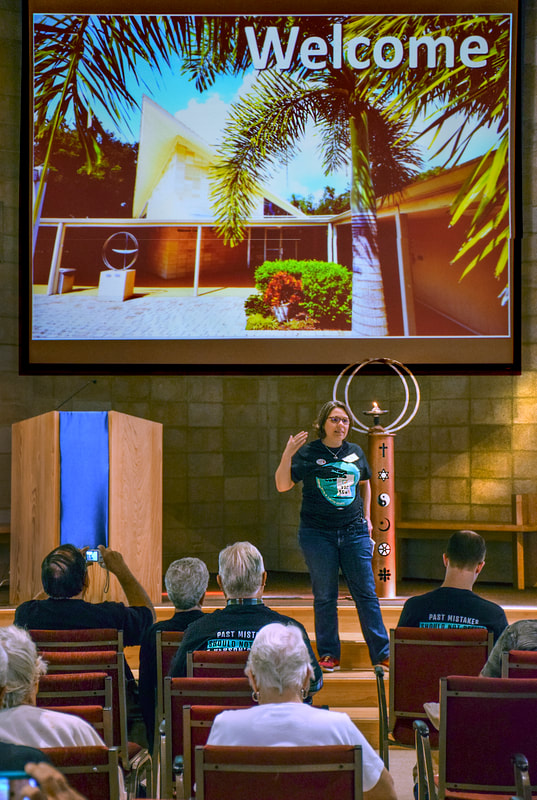 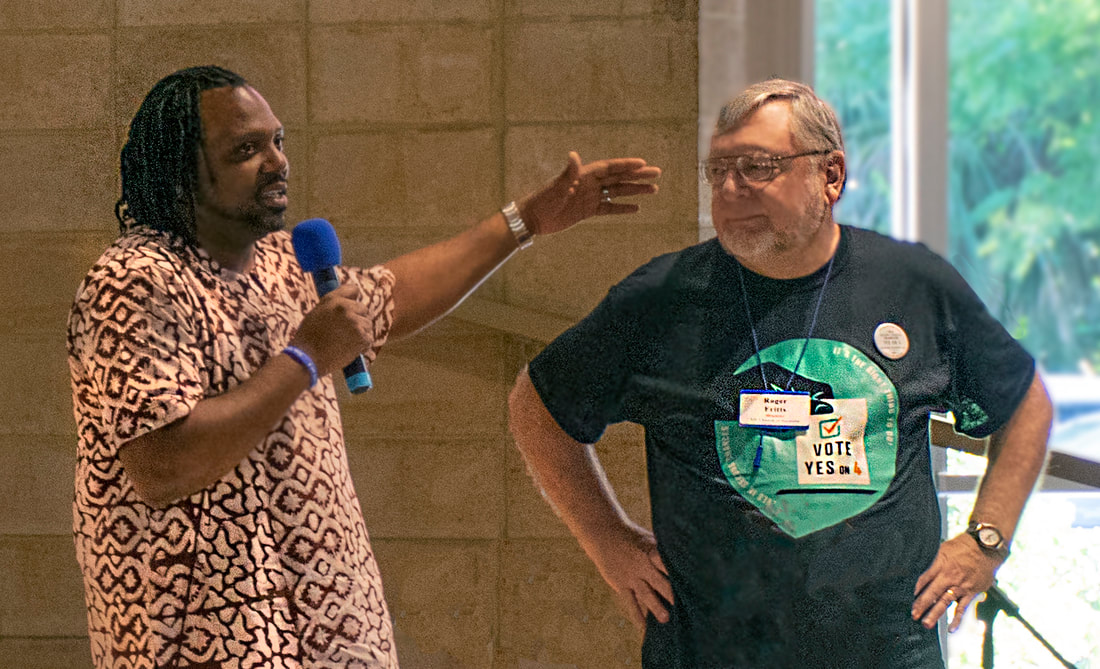 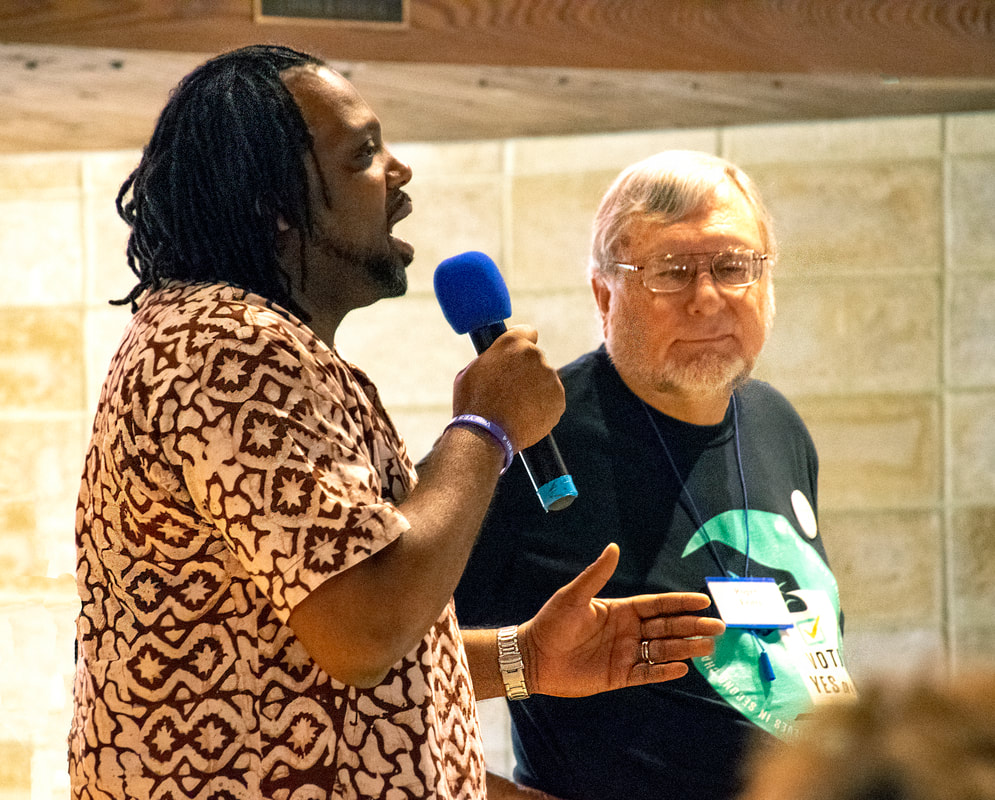 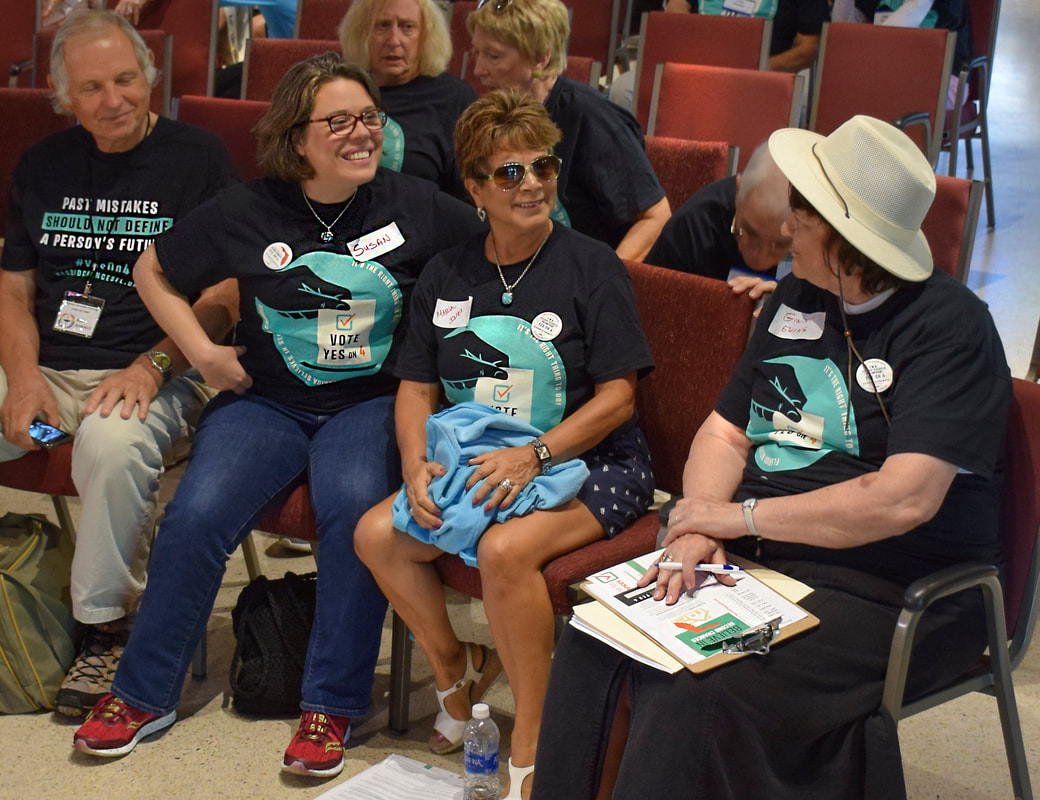 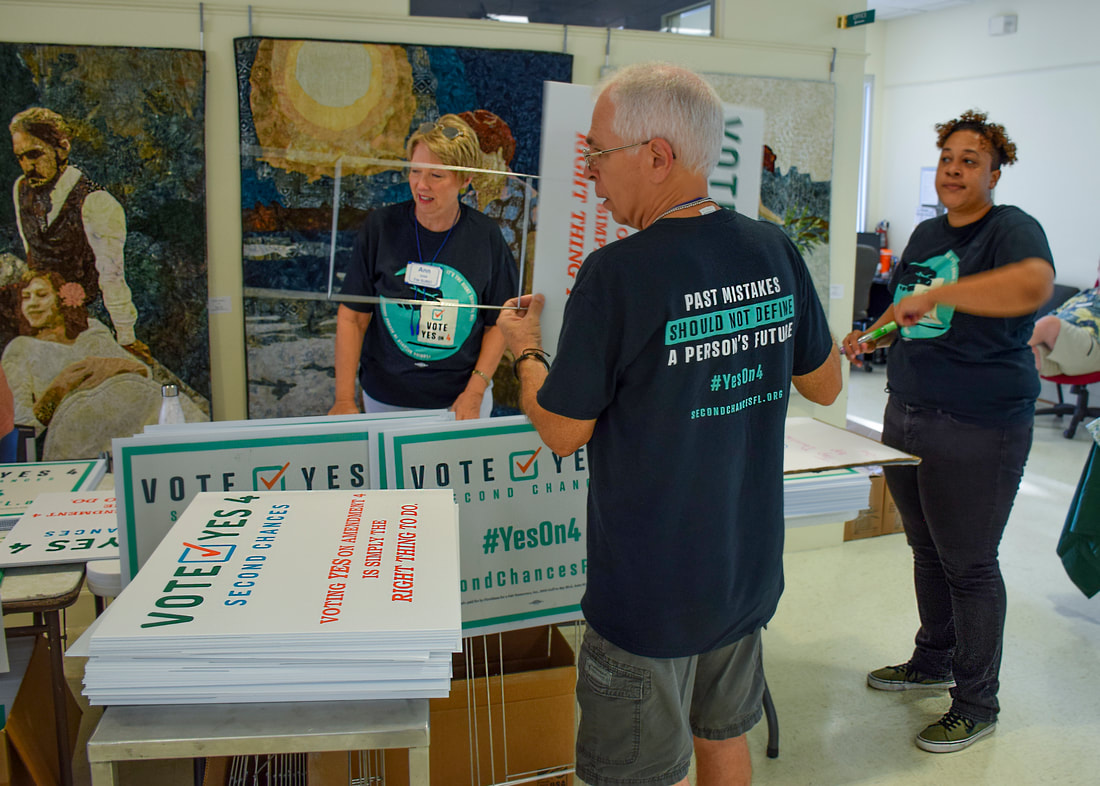 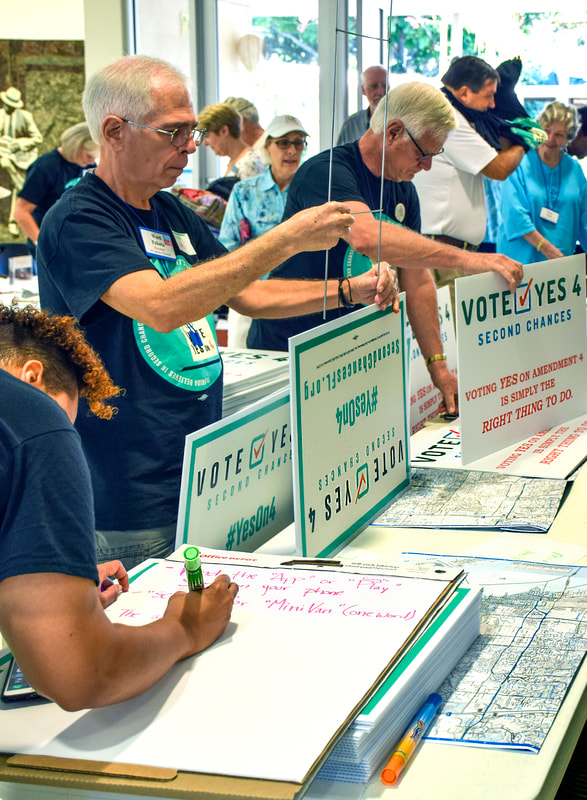 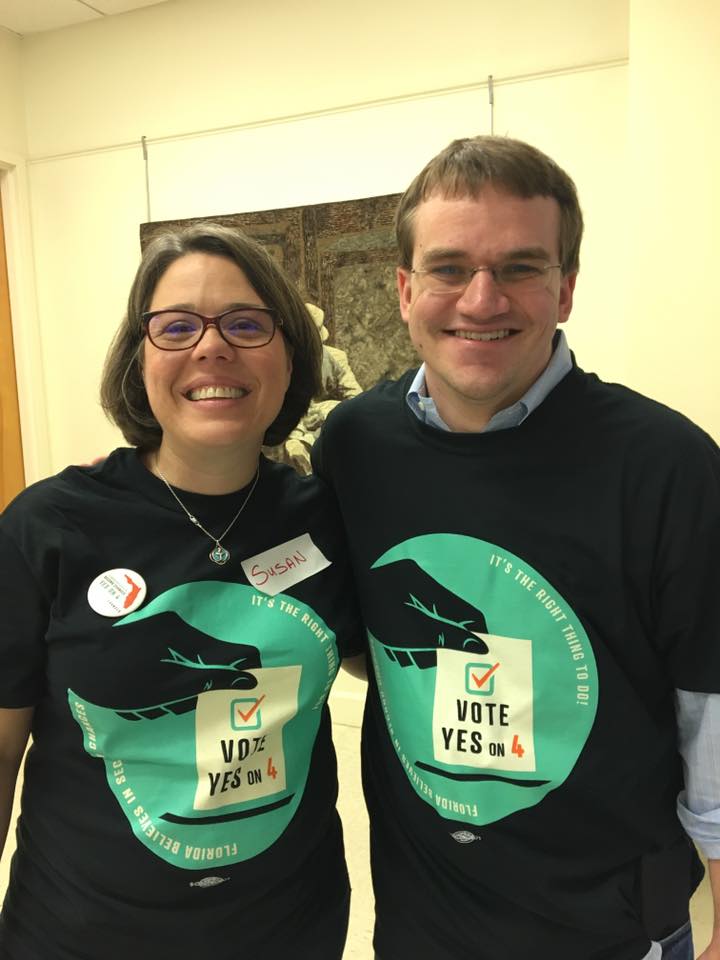 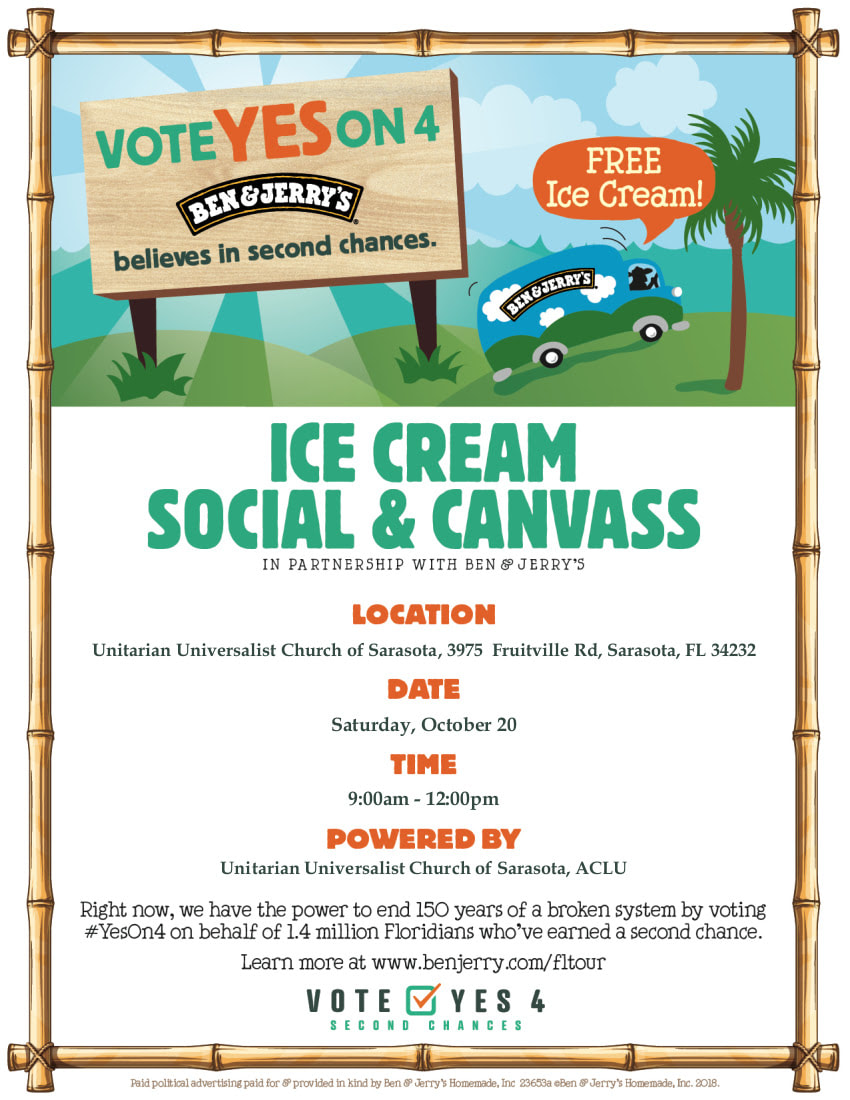 Read more about the UUA's support on this issue...