Reverend Jay Wolin has served for the past 11 years as the minister of the UU Congregation of the Quad Cities in Davenport, Iowa.

Prior to that, from 2010-2011, he served as the Ministerial Intern at the UU Church of Tampa, Florida. He also completed Clinical Pastoral Education at Florida Hospital, Orlando, FL.

Rev. Wolin grew up in a Jewish household in New York.  He became a UU and joined a UU congregation more than 25 years ago.  Prior to entering seminary, Jay was a CPA and a financial executive at various corporations. To quote Rev. Wolin: “The idea of entering ministry as a profession came to me over lunch when a friend asked me a simple question. If money wasn’t an issue, what would you want to do for a living? And so I said, ‘I would be a minister.’”

Rev. Wolin defines his approach to ministry in the following manner: “I think what I do as a minister is to have a non anxious presence and to help people facilitate their ministry within the Congregation.” 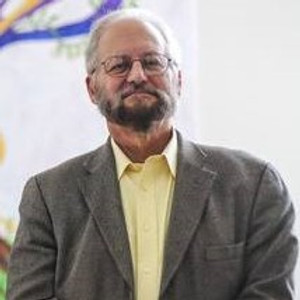 ​Jay has many strengths. He obviously has strong financial skills. He is a big proponent of small group ministry. He is passionate about community building, anti-oppression work, and connections to the LGBTQ community.  He especially impressed us with his commitment to social justice. He is passionate about youth religious education and has strong training in pastoral care – an important attribute both in Davenport and of course here in our Sarasota congregation.

In terms of his personal life, Jay has been married to his wife, Jan, for over 40 years. They have two adult children who have families of their own. One of their children lives in Orlando, the other in Davenport. According to Jay:“We started our family through international adoption and the creation of a multi-cultural family deepened our awareness about issues about race.”

In terms of his approach to theology Jay states: ”I often like to joke that I am a JUBUUU. Meaning a Jewish, Buddhist Unitarian Universalist. There is no doubt my upbringing in Judaism has gifted me with a theological outlook of ethical teachings and the concept of Tikkun Olam (healing the world). I have had a 35 year Buddhist Meditation Practice and in the past decade received five mindfulness trainings in the tradition of Thich Nhat Hanh. I would call myself a Mystical Humanist.”