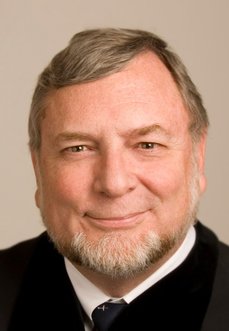 Thomas Roger Fritts (he goes by Roger) was our senior minister from 2011 until April 1, 2020, when he retired. He was born in Mesa, Arizona in 1951 the second of four children. His mother’s family were German Mennonites who arrived from Europe in the 1880s and settled in Idaho. His father’s ancestors came from Germany in 1738 and eventually became coal miners and Southern Baptists in Eastern Kentucky. His mother and his father discovered and joined the Unitarian church in Phoenix in the early 1950s. Roger grew up attending that church.

Roger studied Political Science at Arizona State University, graduating in 1973. With the encouragement of his Minister and Religious Education Director in Phoenix, he entered the Unitarian Universalist seminary, Starr King School for the Ministry, in Berkeley, California. As part of his training, he served as a student minister at churches in Santa Barbara, California and Charlotte, North Carolina and as a student chaplain at the California Pacific Medical Center in San Francisco.

After four years in New Bedford, at the age of thirty-four, Roger accepted a call to serve as Senior Minister of the Evanston, Illinois Unitarian Church, the largest Unitarian Church in the Chicago area, with 580 adult members. One highlight of Roger’s ministry was the construction of a large addition to the church building. The part of his ministry that Roger found most satisfying occurred in 1991 when he organized his church to bring part of the AIDS Quilt to Evanston.

Two more children, David and Rachel, were born in Evanston. To help pay the bills, Roger wrote a book on wedding services, For as Long As We Both Shall Live, published in 1993 by Avon Books. It has sold more than 40,000 copies.

In June of 1993, Roger accepted a call to serve as the Senior Minister of Cedar Lane Unitarian Church in Bethesda, Maryland, a suburb of Washington, D.C. With nearly 900 adult members, it is one of the ten largest congregations in our Unitarian Universalist Association. While in Bethesda, Roger ministered to Unitarian Universalists who worked in the White House, on Capitol Hill, in federal government agencies and in state and county government.

After eighteen years in Bethesda, in April of 2011 Roger accepted a call to serve as minister of the Unitarian Universalist Church of Sarasota. He started that ministry August 1, 2011.

In Sarasota Roger enjoys the day-to-day work of the ministry. The conversations with members, the view of the trees on the church grounds, the sounds of the music on Sunday, the children in our religious education program, the deep commitment of the members to social action, all combine to make the work of being a Unitarian Universalist minister in Sarasota deeply satisfying.