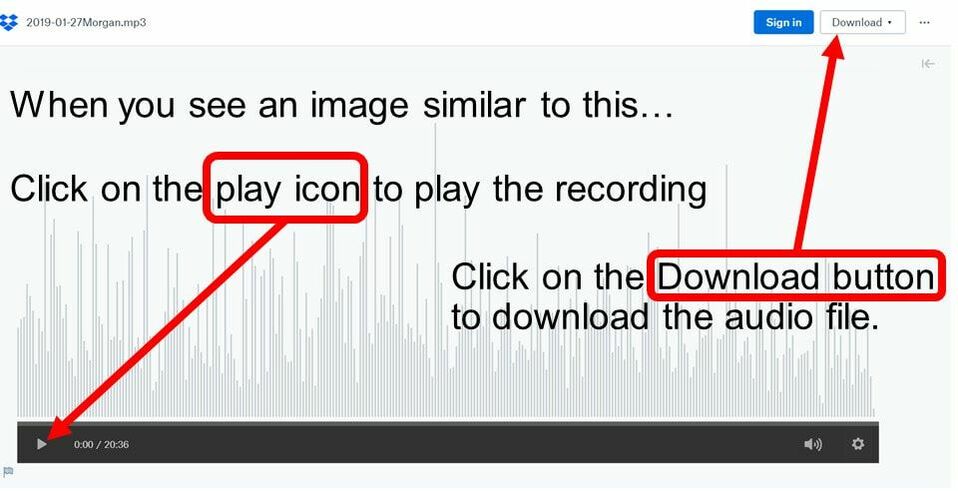 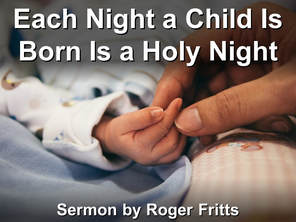 October 21:
I gave a sermon with this title five years ago, when same-sex marriage was still not legal in Florida. Now as we are renewing our commitment to being a welcoming congregation, I want to remind us of the road Unitarian Universalists have traveled over the past fifty years, in our effort to define acceptable human sexual behavior.
Click on the image to hear Roger's sermon.
Click here to hear his reading from a sermon that changed his mind...​
​
Photo by Marilyn Humphries is from the cover of Courting Equality: A Documentary History of America's First Legal Same-Sex Marriages, published by Beacon Press. 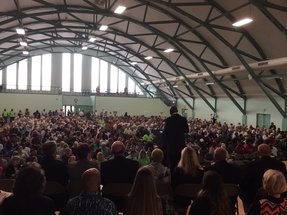 October 14:
What Is SURE?
Should We Join?
​Sermon by Rev. Roger Fritts
The service will be about SURE (Sarasota United for Responsibility and Equity). I will share my positive experience with a similar organization in Montgomery County, Maryland, (AIM). I will mention that of the five UU congregations in that county only two are active in AIM. This is not something that every UU congregation does. I will introduce the organizer for SURE, Will Newton, ask him a few questions and then invite brief comments and questions from the congregation. 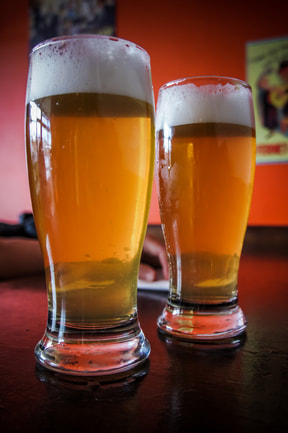 October 7:
​Learning about Alcohol Abuse
​Sermon by Rev. Roger Fritts
In August I planned a sermon on the Unitarian roots of the ACLU, which I still will give in the near future. However, watching the news is upsetting. I have found comfort in the wisdom of Alcoholics Anonymous and Al-Anon. Indeed, the whole country could benefit from an Al-Anon meeting. Step four of the 12 steps is "make a searching and  fearless moral inventory of ourselves." Perhaps, (I hope) I can minister to my congregation by doing a little personal inventory of my own. I want to examine what I have learned about alcohol abuse disorder and what I think and feel about it. 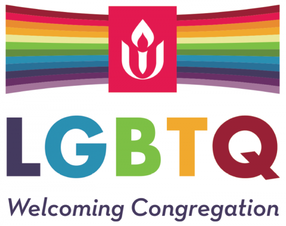 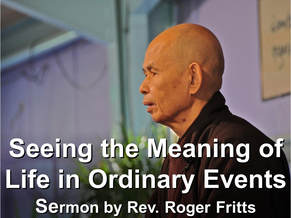 September 2:
The sermon will be based on a children’s book “Unhurry Harry”  by Eve Merriam and the writings of the Vietnamese Buddhist Thich Nhat Hanh (pictured here). He writes Buddhist meditation has two aspects: looking deeply, and stopping. We tend to stress the importance of looking deeply because it can bring us insight. But the practice of stopping is fundamental. If we cannot stop, we cannot have
Insight. 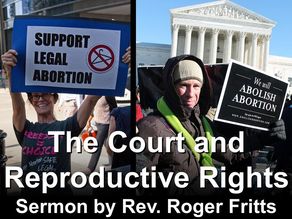 August 26:
With the departure of Justice Kennedy, Roe v. Wade may be overturned. Public opinion on abortion has been relatively stable since Roe was decided. A total abortion ban has consistently garnered roughly 20 percent in the Gallup Poll since 1976. From one quarter to one third of Americans favors legal abortion under all circumstances (29 percent says that now). The middle 50 percent to 60 percent says it should be legal “under certain circumstances.” Sunday, I will share my own perspective. 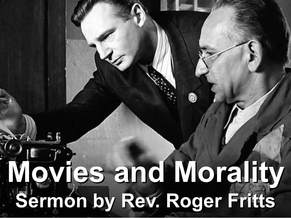 August 19:
What movies, if any, have shaped your morality, your ethics?  "Casablanca” -- sacrifice of individual happiness for the greater good?  “To Kill a Mockingbird”-- fighting for justice against a mob? “Schindler’s List” (pictured here)  -- Risking death to save over 1,000
Jews from death in concentration camps?  “It’s a Wonderful Life” -- An honest, sincere, depressed man learns he is important to the average, common people around him. I will share the movies that have played a role in shaping my life.

Audio is not available for this sermon. 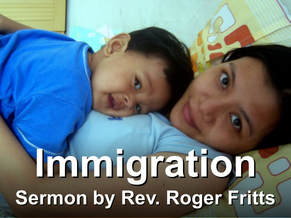 August 12:
We make sense of the world by the stories we tell ourselves. This is particularly so when it comes to the issues of Immigration and the separation of children from their parents. The sermon will be a mixture of statistics and stories.
Video test: We are testing a system of creating video recordings of the sermons for posting to this page. Here is our first result. While the quality is not what we would like, it still gives a good sense of what the sermon was. First, the meditation reading, then the sermon. High quality audio is available by clicking on the picture above. 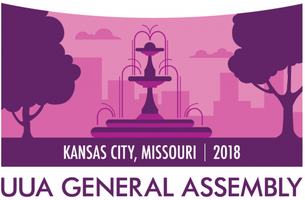 June 24:
A Taste of GA: General Assembly Live
We had a unique opportunity this year to join thousands of Unitarian Universalists at General Assembly (GA) live on Sunday morning. Their Worship Service took place from 10 am to 11:30 our time, coinciding with our regular worship time. Since this rarely happens, we took advantage of it this year to give you a taste of GA. This Sunday morning service was the largest gathering of UU's anywhere. It featured a sermon by Rev. Susan Frederick-Gray, President of the UUA. She shared the pulpit with her colleague, Rev. Natalie Fenimore. Music was provided by a 180-member choir and professional musicians, performing selections by artists as varied as Dolly Parton, Adolphus Hailstork, MILCK and Jason Shelton.    Click on the image to watch the Sunday morning worship service. ​Click here for a list of more events from GA 2018. 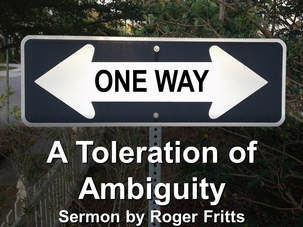 May 14:
A sermon about religious language--about the meaning of words like God and spirituality.

Rabbi Caminker
May 6: ​An "Ordinary" Hero
Sermon by Rabbi Harold Caminker
I'm talking about what one German (Nazi) businessman did during the Holocaust to save "his" Jewish workers from being taken by the Nazis and put on the death trains heading to Auschwitz. Similar to Oskar Schindler and Raoul Wallenberg. The question for us today is: "What would I have done? Would I have taken the risk to act heroically -- saving innocent lives -- or would I have remained a silent bystander in the face of evil?" 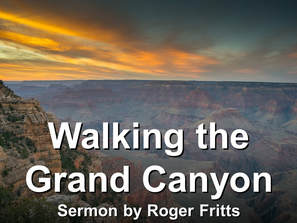 April 22
I have made several walking trips in the Grand Canyon. The canyon is a giant open cemetery of life, containing the fossils stacked in layers of algae, worms, reptiles and mammals. It invites me to reflect on my relationship to the earth. ​

Read about upcoming services...
April 15: "The Sound of Spirit"
This service was a special celebration of music, featuring our choir; Don Bryn, piano; Robert Lischetti, tenor;  Jan Dorsett, piano; John Steinspring, bassoon; Hermann Berndt, cello; and Fred Sirasky, clarinet. Music performed included Verdi's Va Pensiero: Chorus of the Hebrew Slaves, You Raise Me Up, Bring Him Home from Les Miserables, April Showers by Silvers and instrumental numbers by Tirindelli, Mozart, Schubert and Scriabin. Hymns included Bring, O Morn, Thy Music, to the tune of the classic Holy, Holy, Holy, and My Life Flows On in Endless Song, otherwise known as How Can I keep From Singing?

(Copyright restrictions and lack of high fidelity recording facilities preclude us from posting recordings of the music.) 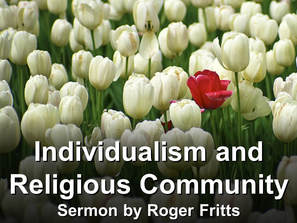 One of the tensions in liberal religion is that between individuality and community. How do we build a responsible religious community on the basis of a radical respect for individuality? Is the individual supreme? Is the community supreme? Or is there a way to balance the conflicting authorities?
​
Photo used under Creative Commons from VaughnSaball 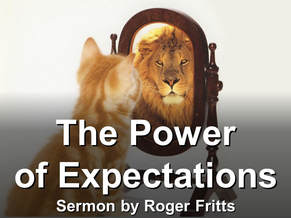 If you would like to read or print some of Rev. Roger Fritts's sermons from 2011-2013, please click here.

If a sermon doesn't have an audio link, please request the link from the church office.