The Ministers and Their Family

Both studied at the seminary in Kolozsvár in the early 1990s. Levente’s father was a Unitarian minister and he follows in his father’s footsteps. Erika loves the challenge of serving as a Unitarian minister in Transylvania, where until recently all ministers were male. They have two children, a son, born in 1999, and a daughter born in 2004. Besides serving the Korond Church, they also serve a village church in the mountains and teach in the public school in the Korond, where Erika teaches Latin. The family spent the year 2010 in Berkeley at Starr King School for the Ministry, where Levente was the Balazs Scholar. As a result every member of the family speaks English. 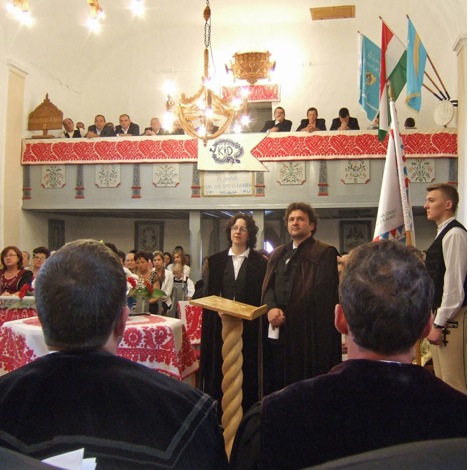