Richard Blanco's Ware Lecture
to be shown Wednesday, July 3, at 7 pm in the Lexow Wing 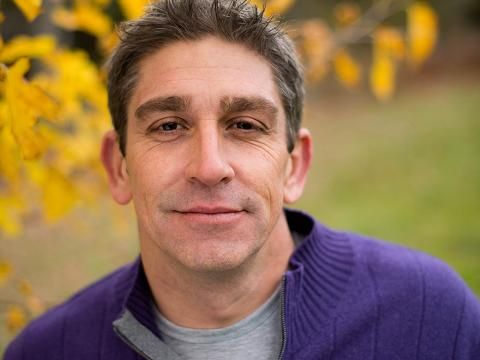 Richard Blanco's Ware Lecture at this year's General Assembly in Spokane, Washington, will be shown Wednesday, July 3, at 7 pm in the Lexow Wing. Light refreshments will be available. (Cinema Conversations, which normally meets the first Wednesday of the month, has been cancelled for July. They resume their monthly meetings August 7.)

In this humorous and touching lecture, Blanco speaks of his experiences as a gay Cuban-American immigrant. He tells of his feelings as he spoke to the nation at President Obama's inauguration. Each of us has a unique story, yet E pluribus unum, out of many we are all one.

The lecture includes the showing of Until We Could, a gorgeous new video poem written by Richard Blanco, celebrating love and the freedom to marry for same-sex couples. The film is narrated by Golden Globe winning actress Robin Wright and actor Ben Foster.

The lecture lasts an hour and will be followed by open discussion for those who wish to stay. You are invited, but not required, to bring a snack to share.

​Selected by President Obama as the fifth inaugural poet in U.S. history, Richard Blanco is the youngest and the first Latino, immigrant, and gay person to serve in such a role. Born in Madrid to Cuban exile parents and raised in Miami, the negotiation of cultural identity characterizes his three collections of poetry: City of a Hundred Fires, which received the Agnes Starrett Poetry Prize from the University of Pittsburgh Press; Directions to The Beach of the Dead, recipient of the Beyond Margins Award from the PEN American Center; and Looking for The Gulf Motel, recipient of the Paterson Poetry Prize and the Thom Gunn Award. He has also authored the memoirs For All of Us, One Today: An Inaugural Poet’s Journey and The Prince of Los Cocuyos: A Miami Childhood, winner of a Lambda Literary Award. His inaugural poem “One Today” was published as a children’s book, in collaboration with renowned illustrator Dav Pilkey. His latest book, Boundaries, a collaboration with photographer Jacob Hessler, challenges the physical and psychological dividing lines that shadow the United States. A new book of poems, How to Love a Country, is forthcoming from Beacon Press in April 2019. Blanco has written occasional poems for the re-opening of the U.S. Embassy in Cuba, Freedom to Marry, the Tech Awards of Silicon Valley, and the Boston Strong benefit concert following the Boston Marathon bombings. He is a Woodrow Wilson Fellow and has received numerous honorary doctorates. He has taught at Georgetown University, American University, and Wesleyan University. He serves as the first Education Ambassador for The Academy of American Poets.